Quit Smoking to Reduce Back Pain 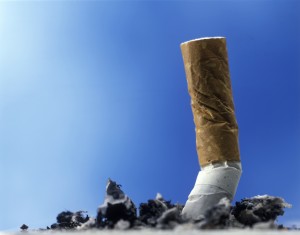 Smoking can cause a number of health problems.

It can also worsen back pain and is a known risk factor for disc disease, according to a recent study presented earlier this year at the annual meeting for the American Academy of Orthopaedic Surgeons.

The good news is that quitting smoking helps diminish pain for spine patients.

Researchers analyzed smoking cessation rates and related pain for more than 6,700 patients who were undergoing treatment for spinal disorders with severe axial (spine) or radicular (leg) pain. What they found may encourage many smokers to put down their lighters for good.

Current smokers reporter greater pain than those who had never started smoking. And those who were able to quit during their treatment reported greater pain improvement, according to a news release from the AAOS.

“As a group, those who continued smoking during treatment had no clinically significant improvement in reported pain, regardless of age,” the release states.

Patients who are interested in quitting smoking can increase their chances for success by getting counseling or using medicine, according to federal health authorities.

Once a person quits smoking, the health benefits begin immediately.

After just one year of being smoke-free, the risk of having a heart attack drops. Between two and five years later, the risk of having a stroke is the same as that of a non-smoker. And the longer a person quits smoking, the better their chances for not getting cancer of the mouth, throat, esophagus, bladder or lung.

+ Do you have an injury related to sports. Learn about the different approaches to sports medicine at Virginia Orthopaedic and Spine Specialists.