Fractures a Common Injury from Home Trampoline Use 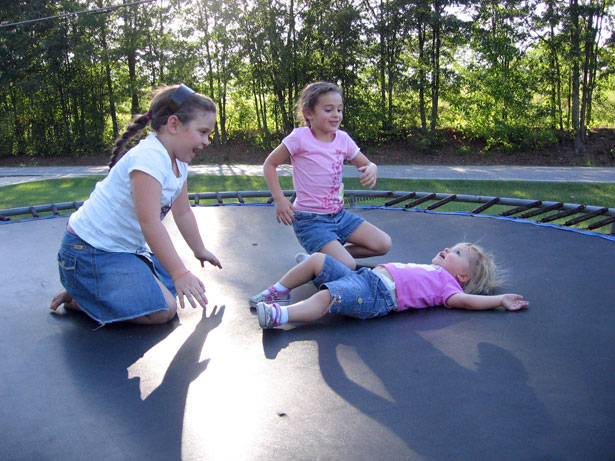 Americans made more than one million visits to hospital emergency rooms over a 10-year period for injuries they sustained while playing on a recreational trampoline, costing more than $1 billion in health care costs.

Yet trampolines are a common sight in many backyards across South Hampton Roads. Unfortunately, children are injured every year.

Indeed, more than 288,000 people – most of them children – wound up at a hospital emergency room in the United States with broken bones over a 10-year period, costing more than $400 million in health care costs, according to researchers at the Indiana University School of Medicine. Those figures don’t include people who sought help at an urgent care facility.

The research, published online in the Journal of Pediatric Orthopedics, is the first to analyze trampoline fracture patterns in a large population drawn from a national database, said the study’s lead author, Dr. Randall T. Loder, chair of the IU School of Medicine Department of Orthopaedic Surgery and a surgeon at Riley Hospital for Children at IU Health.

“There have not been any large-scale studies of these injuries,” Dr. Loder said. “We wanted to document the patterns of injury. This gives us an idea of the magnitude of the problem across the country.”

Dr. Loder and his colleagues retrieved data for all trampoline-related injuries for the decade beginning 2002 from the National Electronic Injury Surveillance System.

About 60 percent of the fractures were upper-extremity injuries, notably fingers, hands, forearms and elbows. Lower-extremity fractures most commonly were breaks in the lower leg – the tibia and fibula – and ankles. Just over 4 percent involved fractures to the axial skeleton, including the spine, head, and ribs and sternum. An estimated 2,807 spinal fractures were reported during the period studied.

“Fortunately, there were fewer spine injuries than might have been expected, but those can be catastrophic,” said Meagan Sabatino, a study co-author and clinical research coordinator for pediatric orthopedic surgery.

“And believe me, teenagers are risk takers. Younger kids may not understand potential outcomes of their actions, but they’re not so much risk takers. Teenagers, they’ll just push the limit,” he said.

In an effort to reduce the number and severity of injuries, the AAOS recommends the following guidelines:

+ Learn about the experienced orthopeadic and spine specialists at Virginia Orthopaedic & Spine Specialists.

+ At VOSS, each patient who comes to us receives an individualized treatment plan designed to help decrease pain, improve body strength, and restore mobility.