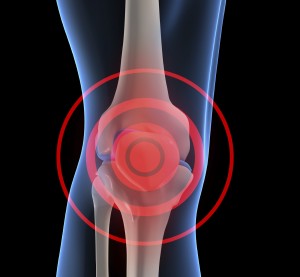 Good news for women who like to drink milk.

Women who have osteoarthritis of the knee – a common, degenerative joint disease – may be able to delay its progression by filling up their glass with fat-free or low-fat milk. Unfortunately, yogurt appeared to have no effect on knee osteoarthritis while eating cheese increased the disease’s progression, a news release from Arthritis Care & Research states.

And drinking milk had no effect on men with OA , according to  researchers from Brigham & Women’s Hospital in Boston.

“Milk consumption plays an important role in bone health,” said lead author Bing Lu, M.D., Dr.P.H., from Brigham & Women’s Hospital in Boston, Mass. “Our study is the largest study to investigate the impact of dairy intake in the progression of knee OA.”

Osteoarthritis is one of the top causes of disability among older Americans. It affects roughly 27 million Americans. The disease can occur with other types of arthritis, too, such as gout or rheumatoid arthritis. Symptoms range from joint pain and stiffness, cracking or grinding noise when moving to decreased function of the joint, according to the American College of Rheumatology.

Nearly 2,150 people with knee osteoarthritis participated in the recent study, which measured their joint space width by X-ray to evaluate the progression of OA. About 59 percent of the participants were women. As the amount of milk they drank increased from none to more than seven eight-ounce glasses per week, the joint space width in women decreased. The results continued to persist after researchers adjusted for disease severity, body mass index and dietary factors.

“Our findings indicate that women who frequently drink milk may reduce the progression of OA,” Dr. Lu said.  “Further study of milk intake and delay in OA progression are needed.”

“With the aging population and increase in life expectancy, there is an urgent need for effective methods to manage OA,” they wrote.  “The study by Lu et al. provides the first evidence that increasing fat-free or low-fat milk consumption may slow the progression of OA among women who are particularly burdened by OA of the knee, which can lead to functional disability.”

+ Learn about the minimally-invasive approach to arthroscopic surgery at Virginia Orthopaedic & Spine Specialists.

+ Read about treatment options for knee pain and injuries.